8 Islands And Other Great Places In Greece 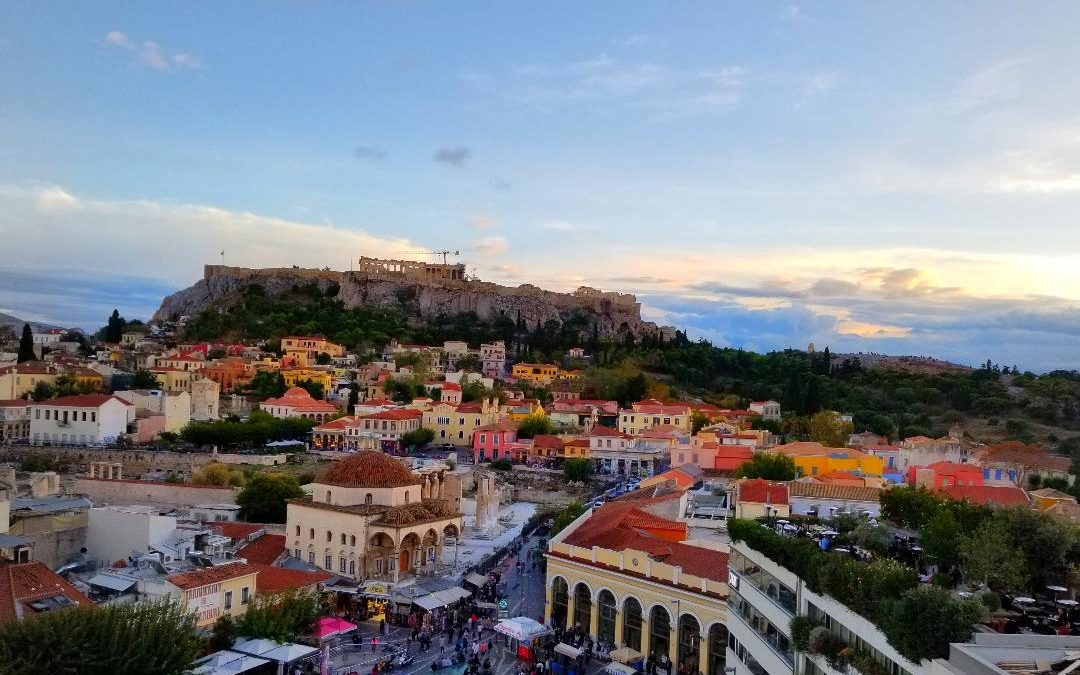 Greece is an absolutely fantastic place to visit in the world. I cannot sing its praises enough. It has an incredible history and culture as well as breathtaking beaches and and a busy nightlife. Greece and its many surrounding islands have something for everyone to enjoy. From ancient civilization enthusiasts to foodies, I guarantee, you won’t be disappointed by Greece. Here’s my list of the top eight places to visit in Greece. I’ve been to the top six and can’t wait for the next opportunity to explore more of what Greece has to offer. Next time I would like to rent a boat and visit many islands. Did you know there are 6,000 islands in Greece? That is very impressive.

Mykonos Island
Mykonos is a beautiful Greek island in the Aegean Sea. It’s a popular holiday destination and its famous nightlife brings party-goers and DJ’s from all over the world. Along the Paradise and Super Paradise beaches you’ll find people soaking up the Greek sun by day and bars blaring music by night. There’s plenty to do on this island other than dancing. You can soak up the history of the island or head over to Little Venice and enjoy the high end shops and waterfront restaurants. This island really does have something for everyone. 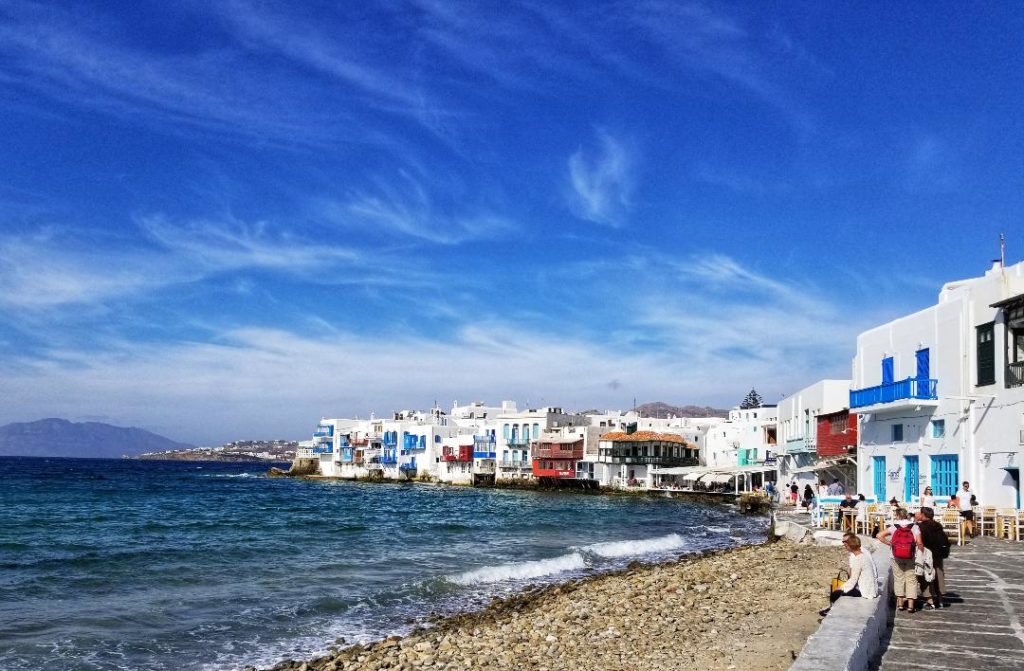 Santorini Island
Santorini Island is another one of the Cyclades Islands in the Aegean Sea, just like Mykonos. It has a harsh, rugged landscape that was formed way back in the 16th century by a devastating volcanic eruption. Fira and Oia are the two main towns on this island that are situated high up on the cliff tops, overlooking the gorgeous blue sea. The beaches and surrounding islands are something to behold. Because of the volcanic eruption, the beaches are made up of fascinating red, black and white volcanic pebbles. 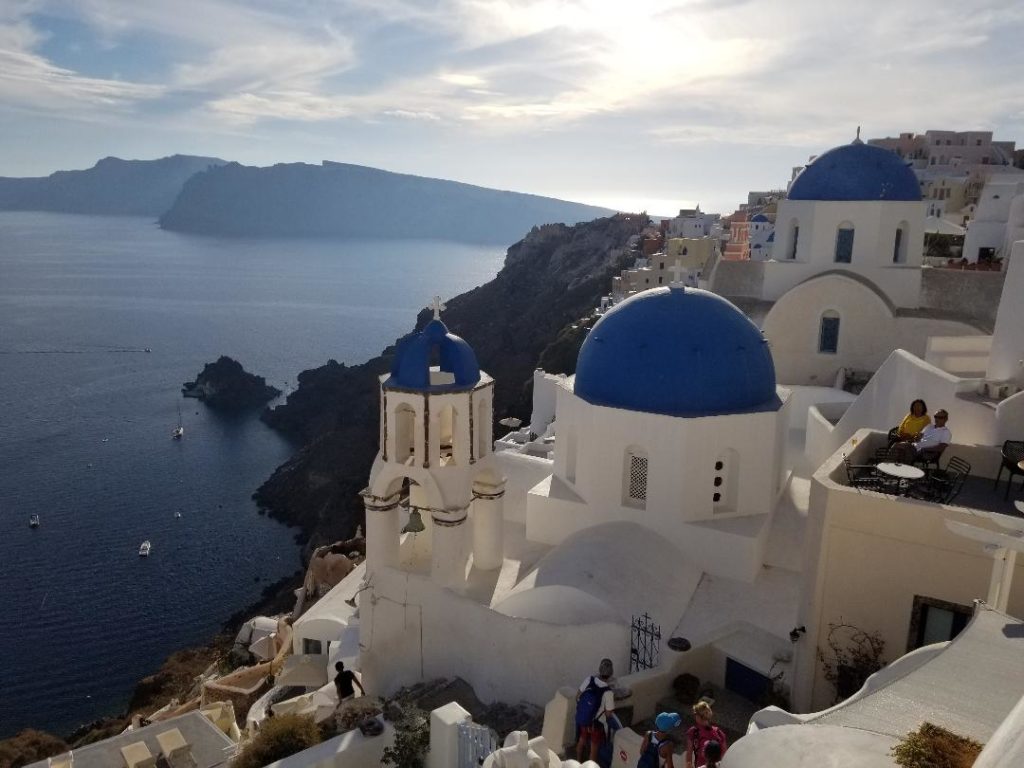 Just like any Greek island, you’ll find plenty of history here in the ruins of Ancient Thera, an old bronze age settlement. And of course, there are plenty of seafront restaurants serving locally caught, grilled seafood and a healthy nightlife too.

Town of Oia
Let’s look a little closer at the wonderful town of Oia, one of the two main towns on Santorini Island. Oia is a coastal town on the North West tip of the island. It’s renowned for a number of things. It’s whitewashed houses that are carved into the cliff faces. It’s Naval History. But perhaps the things it’s most famous for is the ruins of Oia Castle where people flock to watch the stunning Greek sunsets.

City of Athens
Once the heart of Ancient Greece, this powerful civilization and empire transformed into what we know today as the capital of Greece – Athens. Everywhere you look in this remarkable city, you’re reminded of the Greek history by 5th century BC landmarks. Acropolis is perhaps one of the most famous landmarks. A looming hilltop ruin of a once great citadel with ruined buildings like the Parthenon. 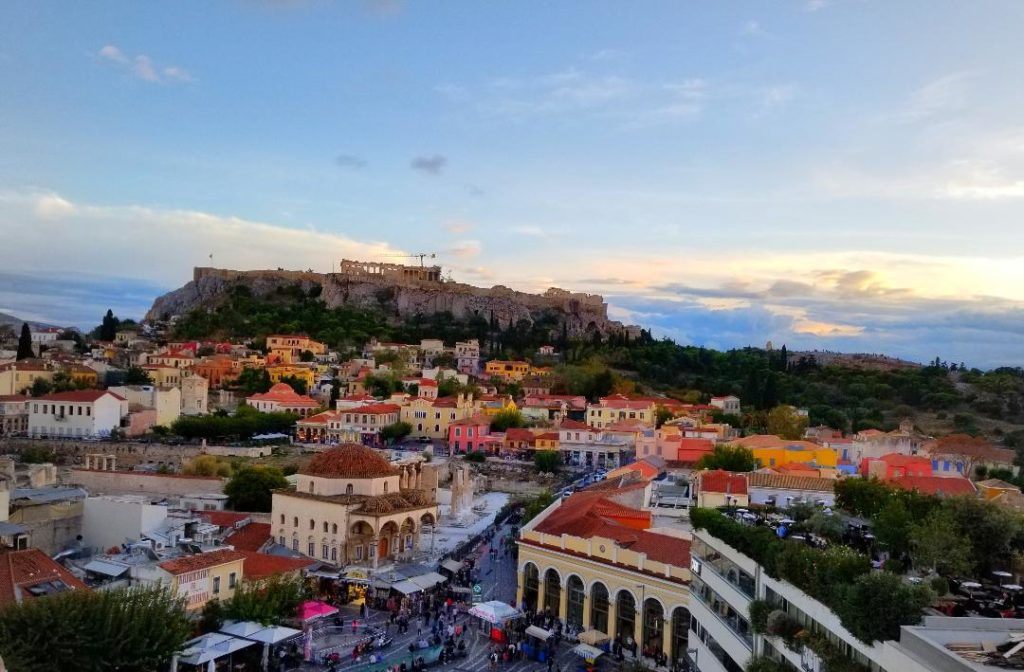 A view from A is for Athens – A fun Roof top Bar. Beauty all around.

Aside from the ancient history of Athens, the city is becoming more modernized. It’s not uncommon to come across upscale restaurants and busy bars that are open till late. There are also plenty of quaint cafes and fashion boutiques.

Town of Delphi
Delphi is an Ancient Greek archaeological site with ruined stadiums and temples of the ancient powerful civilization. The Greeks considered Delphi the center of the world. More precisely, the Omphalos of Delphi, a stone monument, was the center of their world. At this World Heritage Site, you’ll also find the Athenian Treasury, the Temple of Apollo, springs and caves. This site hold so much importance in the ancient world, it’s no wonder that hundreds of thousands of travelers flock here every year to behold its magnificence. 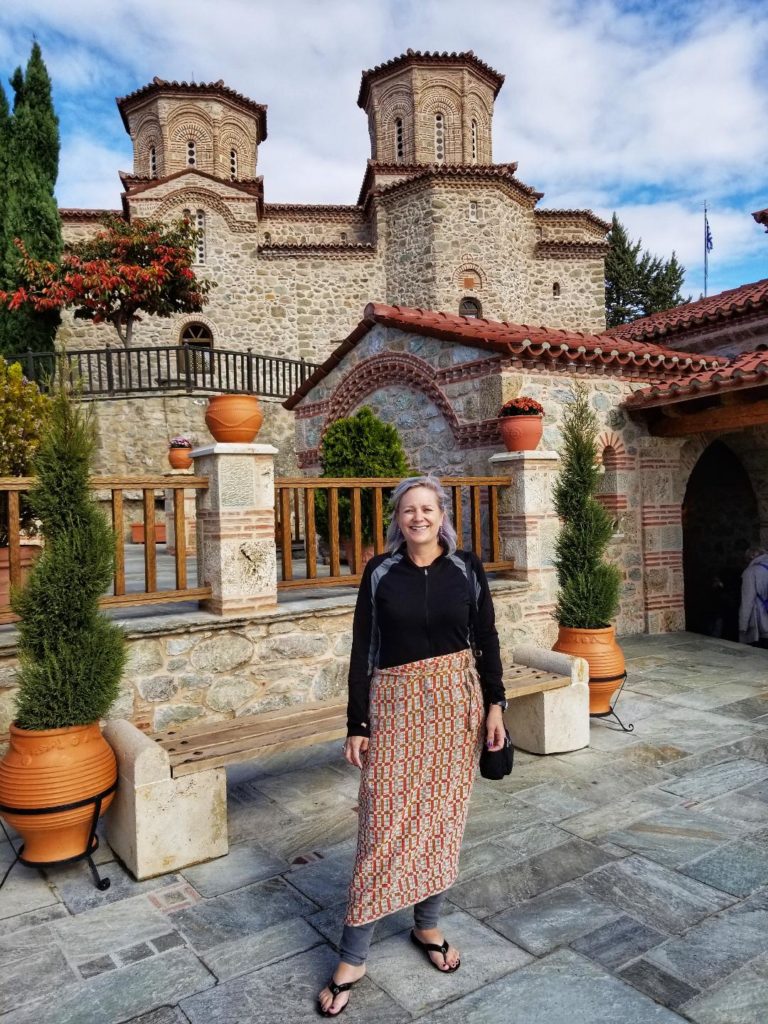 Strolling through a beautiful monastery. Bring something to cover your legs, even if you are wearing jeans.

Meteora Rock Formation
Meteora is one of the most fascinating places in Greece. This rock formation looks like it has been pushed out of the ground by the Gods themselves. The sheer contact of Earth and sky will leave you speechless in the presence of this natural wonder. It’s no surprise that this is an ancient place of worship. Monks and nuns have found peace here for centuries as it really does feel like only a God could have created such an incredible monument. On top of the rocks, monks created a place of meditation, surrounded by a metaphysical force that has been formed over millions of years. Don’t forget to bring a pashmina when visiting the monasteries, women have to have a strict dress code. 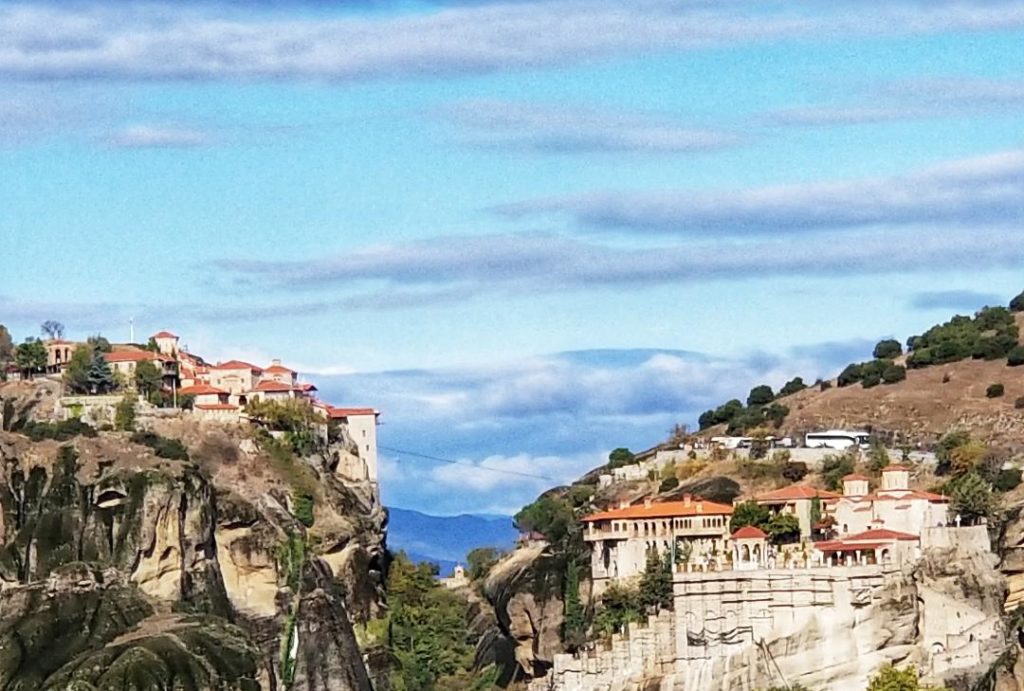 Monasteries built on the top of Meteora giant rock formation.

Crete Island
Crete is the largest Greek island an is known for its beautiful and varied landscape. You’ll find both sandy beaches and snowy mountain tops here. According to Greek mythology, the God Zeus was born on Crete in the Ideon Cave. In the capital city of Crete, Heraklion, you’ll be able to soak up the history of the island in the many museums. Also on this magnificent island is Knossos, a Bronze Age settlement, which you’ll probably know for the notorious Minotaur from Greek mythology. The native flora and fauna on the island will take your breath away. From palm forests and wild flowers to the rare golden eagles, this island is tremendously diverse.

Olympia
This Greek city is perhaps best known as being the birthplace of the Olympic Games. It’s also an ancient sanctuary with numerous temples and ancient ruins like those of Hera and Zeus. The ancient ruins of the Olympic stadium are amazing to go and visit. The place oozes history and you can feel the power radiating from the ruined stone walls.

There’s no shortage of stunning coastline or ancient ruins in Greece and its surrounding islands. This is such a diverse place to visit that you’re sure to have an experience of a lifetime. You can spend your days soaking up the history and culture in the glorious Greek sun and come the night time, enjoy some of the local cuisine and nightlife. The Greek are in incredibly friendly folk and you should definitely pay them a visit some time.