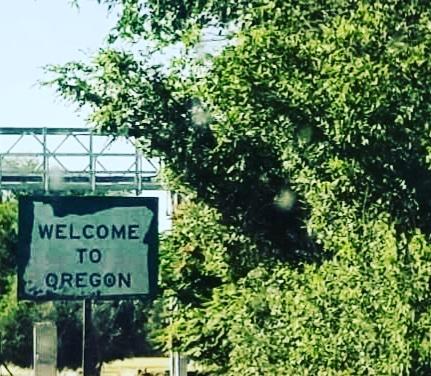 We made it to Bend, Oregon. The Jeep gave us no fits, Thank God. We took it easy and made it with no troubles.

Bend, Oregon seems like a really cool town. The Deschutes River runs through the town of Bend and it is really cool. The summer months you can see hundreds of people floating down the River daily on tubes, paddle boards, and rafts. It is really cool. I really want to get a tube and float down the River, I will before we leave. The downtown area is also very cool. They also have over 20 breweries. 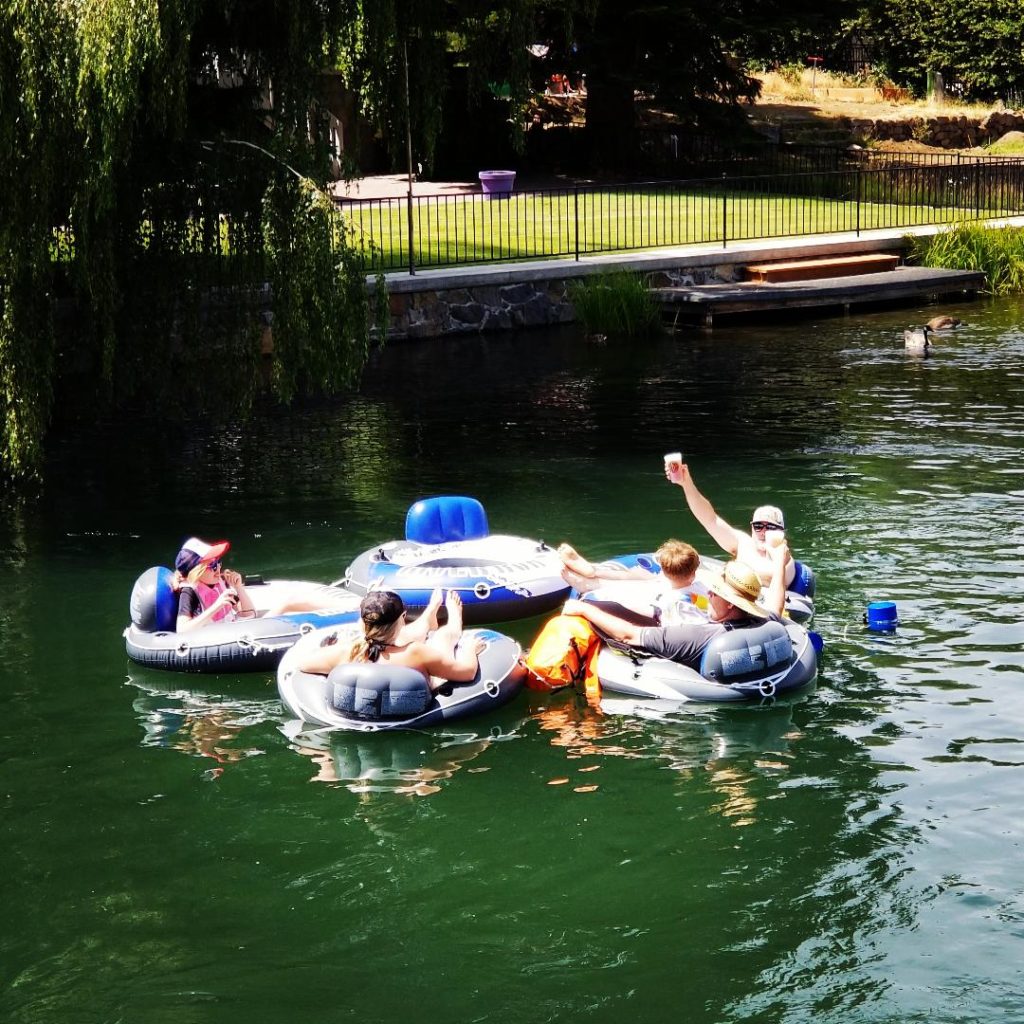 The 4th of July was really cool in Bend. They had a Pet Parade. There were hundreds of dogs walking along the parade route with their owners, pets and parents in costume and in 4th of July gear. It was a cute sight to see. Then all headed to the city park for more festivities, food and fun. 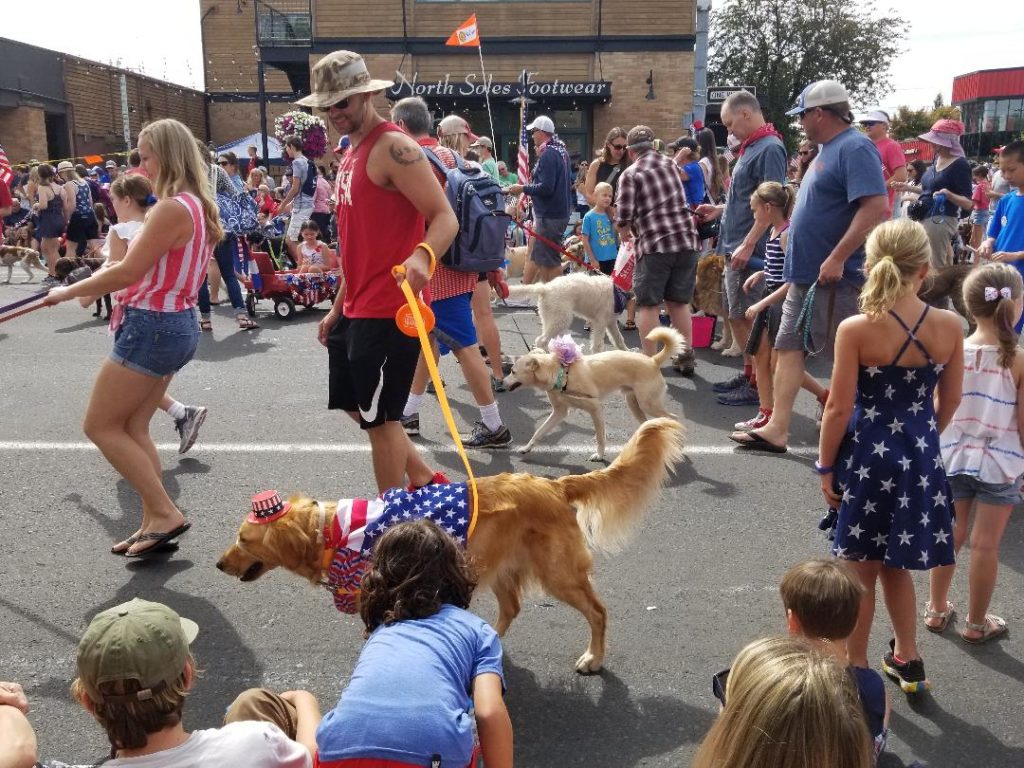 We walked around downtown and went to lunch at Bend Brewing Company. It was tasty, the beer was good and cold and we were able to sit and see the river. It is always nice to sit and outside. They also had games and quick beer and food stations on the lawn.

Next we continued to walk around and saw a massive amount of people riding something they call the Freedom ride. Probably at least one thousand people were on bicycles, skates, scooters, and the like riding around the town and ending up at Columbia Park. It was definitely a fun sight to see. 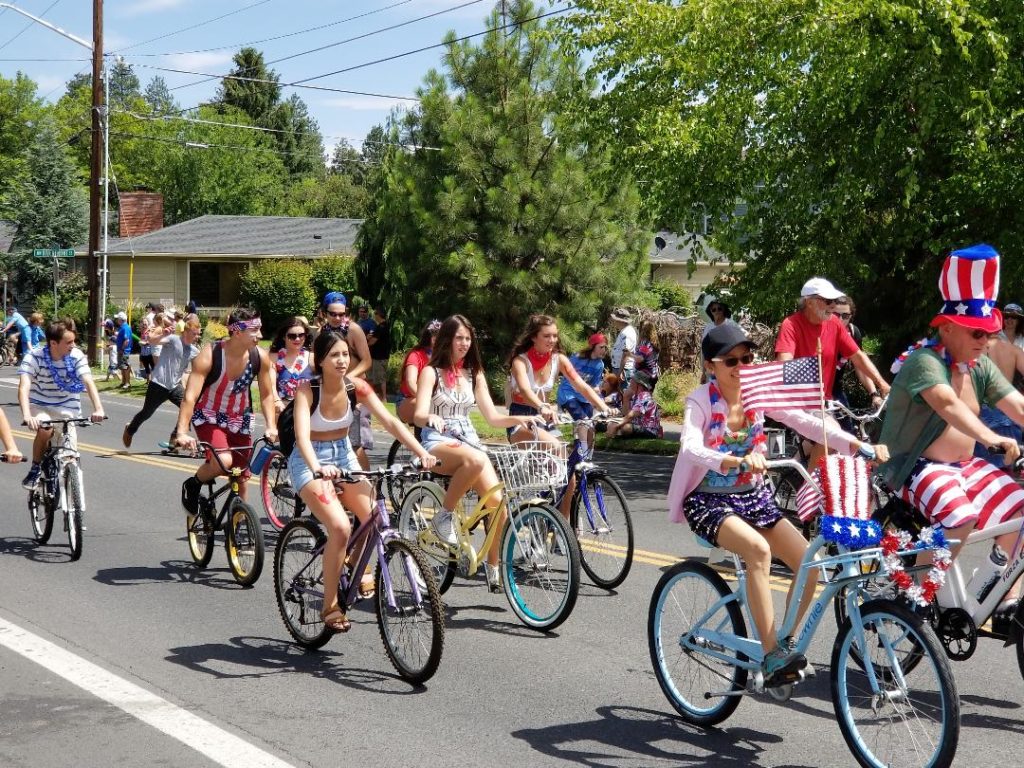 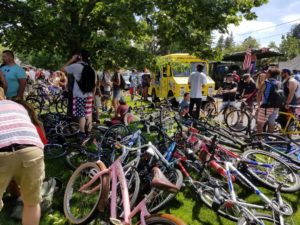 Gotta get off that bike quick to party. Bike Pile. 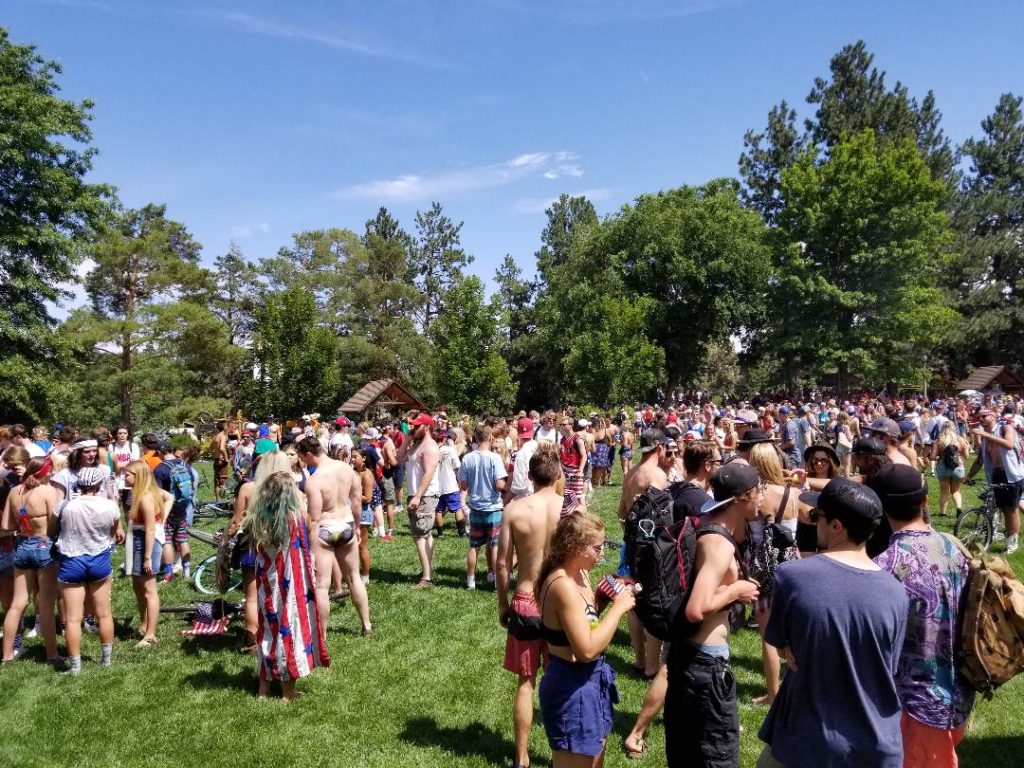 Then we ended the evening watching the annual fireworks. 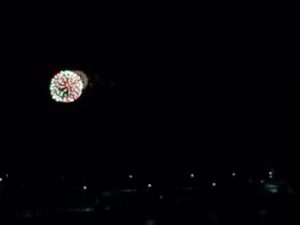 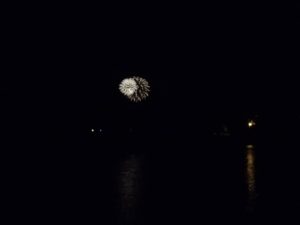 It was a really great day!