Mexico City: Something for Everybody

by Bucket List Adventures Guide | Apr 9, 2018 | Mexico, My Adventures, Things To Do And See 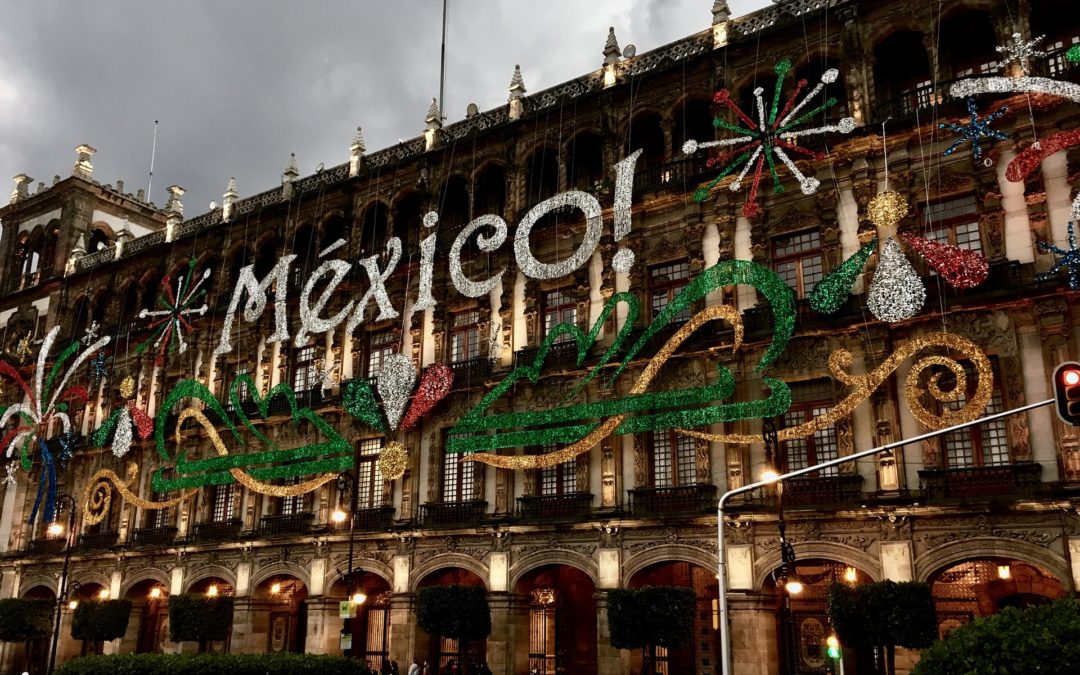 Having the 10th largest metropolitan population in the world, Mexico City has something for everybody. Located in central Mexico, Mexico City is considered by many to be the cultural and symbolic heart not only of Mexico, but of Latin America. Whether during the moderate winters or the warm and wet summers, you will find that Mexico City is always busy and bustling with activity. The central historical and tourist district reaches and mingles out among various marketplaces and other noteworthy points. All the best locations are connected by a surprisingly simple and well-established network of subways, bus lines, and streets.

If you’re already in Mexico and within a few hundred miles, the cheapest and most efficient way to get there is by bus. However, keep in mind that domestic and international flights to and in Mexico are relatively cheap. The quickest and cheapest way to the Centro Historico (historic center) is by calling an Uber. The North Central Bus Station and the airport are about equal distances from the historic center, and there are always Uber drivers in the area.

If you do not have a smartphone or prefer more traditional methods, taxis are always available as well. However, be sure to purchase a ticket from the taxi station or kiosk before finding a taxi, because the kiosks handle pre-determined pricing to various locations and prevent drivers from taking advantage of unknowing tourists.


The best place to start your visit in Mexico city is in the Centro Historico—specifically, the Zocalo. The Zocalo is the largest plaza in Latin American, and is considered the heart of the historic center. The historic center expands outward from the Zocalo in all directions. Exploring the Zocalo’s perimeter, you will be able to visit and explore the Metropolitan Cathedral, the National Palace, and hundreds of other historic buildings, museums, shops, stores, and galleries.

The historic center also boasts the largest and highest quality and variety of accommodations in the city. You can find everything ranging from the cheapest traveler hostels (less than $30 USD per night) to expensive high-end Hotels from international brands, literally within minutes walking distance from the Zocalo. 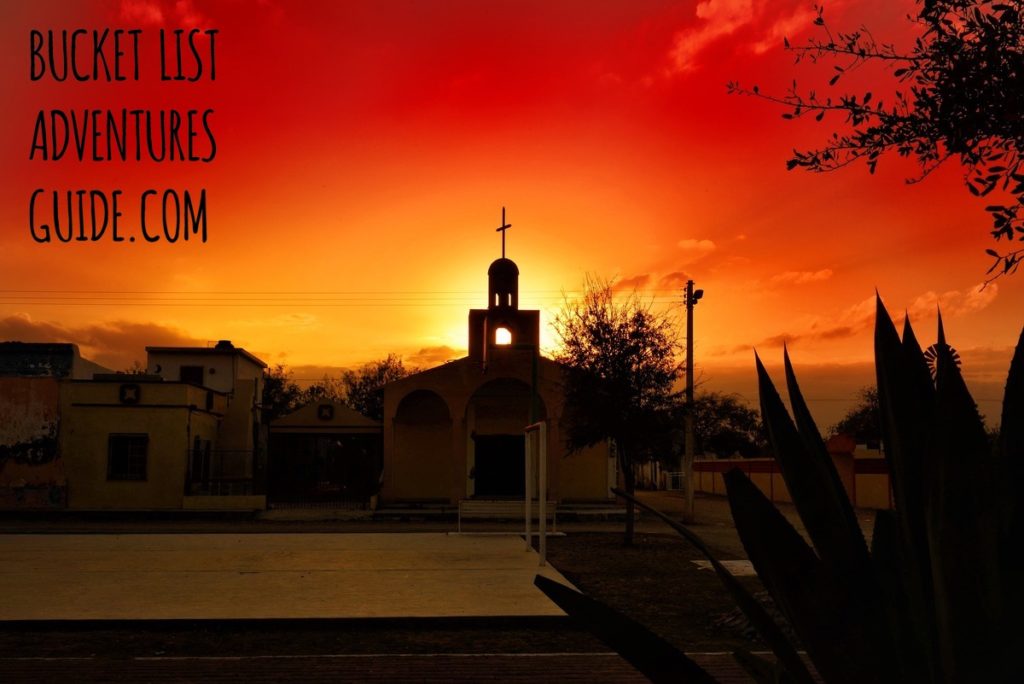 After visiting the Zocalo, it is best to walk around and absorb as much of the sights, sounds, smells (and tastes) as possible. From the Zocalo, begin walking west along Madero Avenue. Walking down this avenue, you encounter a variety of both international and local shops, restaurants, and outlet stores. However, if it is your first day, just continue walking about six blocks until you reach the Latin American Tower. This is about a 10 minute walk—you can still see the Zocalo at the other end of the street.

Once at the tower, you will cross the road and visit the Palacio de Bellas Artes. In its own right, it is an incredibly beautiful, symbolic and noteworthy landmark. You can enjoy walking around the park that lies next to the Palacio, take pictures, or sit and listen to free live performances projected on a large screen in the shadow of the Palacio. You can purchase tickets at the door or in advance for one of many performances, drop in for a guided tour, or simply enjoy the marble sculptures and of the grounds outside.

Given more time, there are many, many more interesting places to visit and things to do in Mexico City. Here are a few.

11 minutes’ walk south of the Zocalo, along Calle Isabella de Catolica, you will reach an road called Calle Regina in a neighborhood locally known as Nuevo Spain. Here, you will find many bars, cafes, and small restaurants, each specializing different amenities. Along Calle Regina, you will can also explore some of the most famous and beautiful street art in the City. One of the most popular places for food is 100 Montaditos, where you can get tapas, beer, and wine. You can also find many cheap hostels near here as well, including Hostal Regina.

A quick Uber or taxi ride will bring you to Plaza Revolution, close to downtown. For a small fee, you can ride up to the top of the Monument to the Revolution, which is centered in the middle of a plaza. You will often find events such as concerts staged here. The monument is a favorite place for musicians, artists, groups, clubs, and local youth to hang out. Just beneath the monument you will usually find small groups of young people freestyle rapping. Surrounding this plaza is also a wide variety of local restaurants, including a local favorite for tacos, Tacos El Caminero.

If your goals is simply to see as much of the city as possible, one of the best and most secure options is the Turibus. The Turibus is a double-decker bus with that offers guided tours with the option for audio in eight different languages. The Turibus will take you to all of the locations previously mentioned, as well as a few others districts, such as Reforma and Chapultepec park.

Reforma is more of a commercial district; however, while it contains many malls, outlets, and chains restaurants, you can also find a variety of local restaurants, bars, and clubs. Reforma is a very popular hangout place for the city’s youth. Just a few minutes’ walk along Reforma you will encounter the Angel of Independence (or Monument de Independencia, as it’s popularly known). Crossing the street, you can typically find an excellent spot for photos and selfies at the Angel—it is one of the most popular spots in all of Mexico city, and images of the Angel are synonymous with the city itself. Just a few blocks walking south of Reforma will take you to an area called Zona Rosa. Zona Rosa is an area well-known for its variety of nightclubs, bars, restaurants, and shops.

Chapultepec Park is an enormous park holding many of monuments, statues, and art exhibits. It is also a beautiful place to go for a walk, have a picnic, and enjoy the afternoon air. Located in the park is one of the most popular places in all of Mexico: The National Museum of Anthropology. At this museum, you will be able to witness history and artifacts from native cultures and tribes all throughout Mexico and beyond. The museum is enormous, and has a variety of interactive activities, screenings, and exhibits—so many so, that it is nearly impossible to see the entire place in one day, so it’s best to arrive to the museum early, since it typically closes at around 5 p.m.

Thirty minutes by taxi, bus, or the metro south of the Centro Historico will bring you to another extremely popular and historic area of Mexico City known as Coyoacan. Coyoacan is best known for three things: the Cineteca Nacional (a museum, cinema, and cultural center), the Coyoacan plaza, and Blue House, also known as the Frida Khalo museum. Exploring Coyoacan is a days’ trip by itself, but overall extremely rewarding.

If you were only able to stay there for a few days, local foods definitely worth trying while in Mexico City would include Chilaquiles, Molletes, Tacos al Pastor, Enchiladas Suizas, and Mole. One of the best restaurants/local chains for quality, value, and variety in the city, wherein you can find each of these meals and more, is Bisquetes Obregon. They have locations in Centro Historico and Coyoacan, and they also have menus in English.

It would be near impossible to highlight every possible place to visit and thing to eat in Mexico City—the place is just so huge! But this article covers the best of them. Have fun!