Michigan is an enormous and magnificent place. Spanning nearly 98,000 square miles, almost half of which is mainly national forest. Michigan is the 10th largest state in the United States, and has the second most coastline of any state. This is because of the state’s proximity to the great lakes; besides the great lakes, Michigan has literally thousands of other lakes, ponds, and bodies of water, and thousands of islands which rest in the lakes. The state’s slogan is “Pure Michigan,” and for good reason; people from all over the United States and Canada visit to experience the state’s beauty and purity. All of the revenue tourism generates in Michigan also allows them to create one of the best forestry and tourism infrastructures in the world—it’s one of the main reasons people love to road trip in Michigan.


You can plan your road trip to Michigan in several ways, but a good place to start is knowing your reason for visiting. What do you mainly want to see? Each of the major cities, including Detroit, Grand Rapids, Ann Arbor, and Kalamazoo, to name a few, have fun and diverting things to offer. You can visit the various historical sites and lighthouses all along coastal Michigan. If you are a hunter, perhaps you would prefer taking routes that lead you to the Upper Peninsula, which contains significantly more forest and is well-known for its terrain and richness. 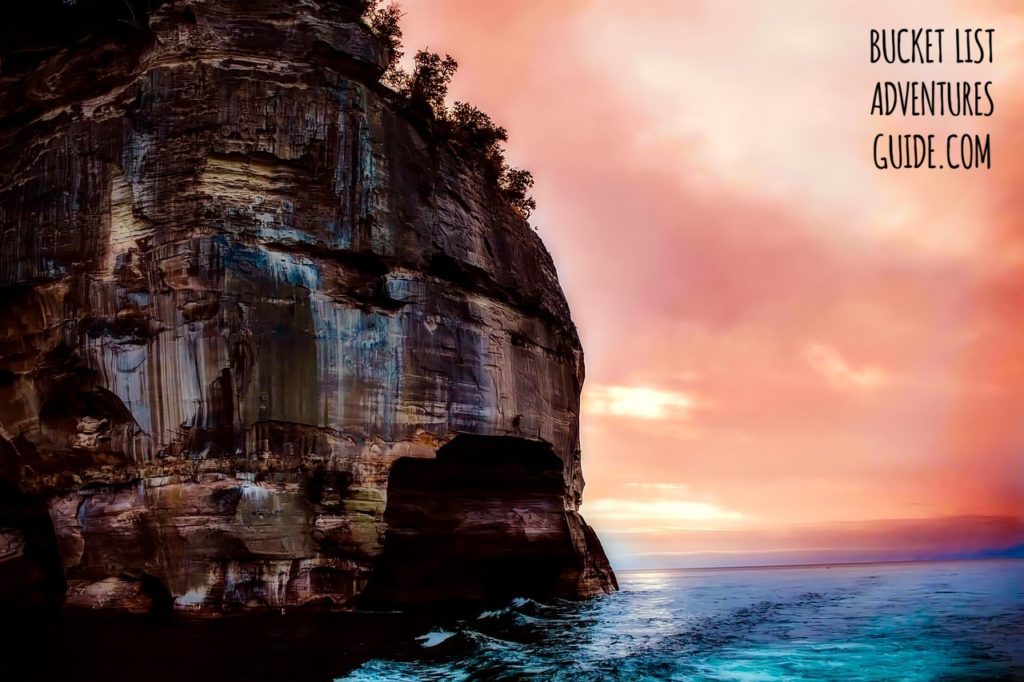 Four major interstate highways crisscross the majority of the Lower Peninsula, while state highways 41, 141, 2 connect major cities and towns of the Upper Peninsula. The best time to visit Michigan is during the warm summer months. While the lower part of Michigan can reach hot temperatures during the summer, the majority and northern portions are typically warm and moderate—an ideal place to visit during summer vacation. Because of its northern location, winters can become extremely cold and road conditions icy. This is well worth it for people who love ice fishing. Depending on your preferences, you can design your own road-tripping itinerary, or pick one of the many pre-written itineraries developed by the Michigan Economic Development Corporation and various travel agencies. The Great Lakes Circle Tour also offers many different routes and itineraries—because Michigan borders four of the five great lakes, most of these tours are through Michigan.

If you decide you want to visit Detroit on your road trip, there are several places you must see. One of the main attractions is the Henry Ford. Based just outside Detroit, this museum shows major parts of Michigan’s history as an industrial city. The museum is committed to education and demonstrating the power success of American industrialism. There’s the Detroit Zoo, one of the oldest Zoos in the nation and home to the largest polar bear exhibit in North America. As the home of Motown, Punk, Techno, and a variety of other musical genres, Detroit is also home to many music venues such as the Fillmore Detroit, the Fox Theater, and Smalls, which focuses more on small and upcoming bands and artists.

Besides Detroit, you can find yearly events and similar museums and music venues in Grand Rapids, Kalamazoo, and Anne Arbor, each of which have their own distinctive cultures and specialties. Due to its long relationship with the Netherlands, many cities show signs of Dutch culture, particularly in several celebrations throughout the state, including the National Cherry Festival in Traverse City and Tulip Time in Holland. At these festivals you can witness live music, local food, and experience the beauty of wonder both of nature and the exhibitions at the celebrations.

Taking the coastal route along road trip, you’re able to stop for day trips boating, or if you are very adventurous, you can even go scuba diving among the many shipwrecks along the great lakes with Michigan Underwater Preserves. Though taking a road trip is fun, there are also various agencies that offer cruises, and day trip boat rides. With the many rivers and small lakes in the state, why not also bring a kayak or canoe along for your ride?

While most hunting typically takes place during the fall, Michigan offers special year-round licensing on a variety of wild game. Obtaining a hunting license is easy through Department of Natural Resources Website. Here, you are also able to obtain permits for camping, and information about boating and fishing.

So discover why Michigan is one of the most popular tourist destinations in the United States, and be prepared to have a seriously good time among the culturally rich cities, then relax and unwind in beautiful nature.