A (Starter) Bucket List of Foods to Eat in Italy 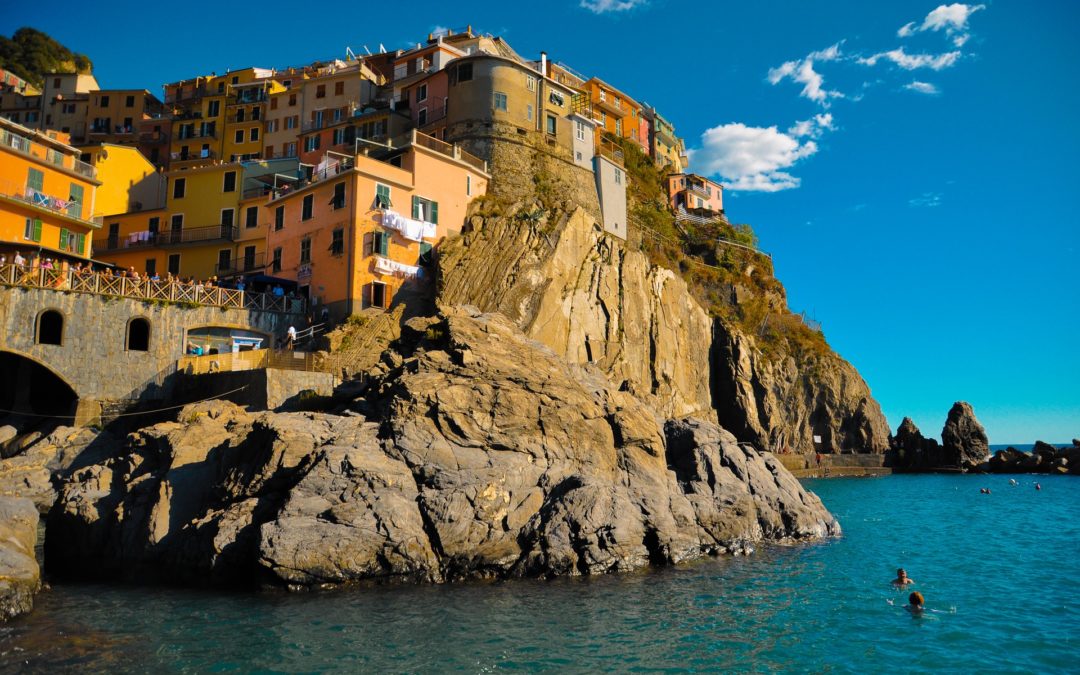 Remember that part in ‘Lady and the Tramp’ where the two dogs are on a date in some Disney version of Italy and they end up sharing a big bowl of spaghetti and meatballs? Well, I hate to break it to you, but that could never happen. I’m not saying that dogs can’t go on dates, because after all, who am I to stop them? No, the reason that this scene is pure fallacy comes down to the meal itself. Spaghetti and meatballs? They don’t even exist in Italy. While we’re at it, neither do mozzarella sticks, shrimp scampi, or penne alfredo. Apologia (that means sorry in Italian).


Should you find yourself in Italy, it is therefore imperative that you do not eat these things. If you do, you might as well have a sign on your forehead with the words ‘obnoxious tourist’, because that’s what every Italian will see you as. But don’t fret, there are still approximately six million other foods to choose from and almost all of them are delicious. And only half of them are cheese and wine. There’s a reason the place is called ‘Eataly’. So, what should you ingest? Because ‘everything’ is too broad a suggestion, here is the start of a bucket list of quintessential Italian foods that are as mouth-watering as they are authentic. These five foods should by no means serve as a definitive list and when it comes down to it, anything you find in Italy, especially when bought from a place where most of the patrons are speaking Italian, will be tasty. Trust me. So eat your heart out, Lady and the Tramp.

This pork roast is made by taking a whole pig, deboning it, and rubbing every available inch with delicious herbs, before wrapping it up and roasting it for so long that the meat is not meat anymore, but manna from heaven. Oozing with juices and flavor, porchetta can be found all over Italy (though the region of Umbria claims it as its own) and is commonly served on a crusty roll or sliced foccacia. Bring napkins. 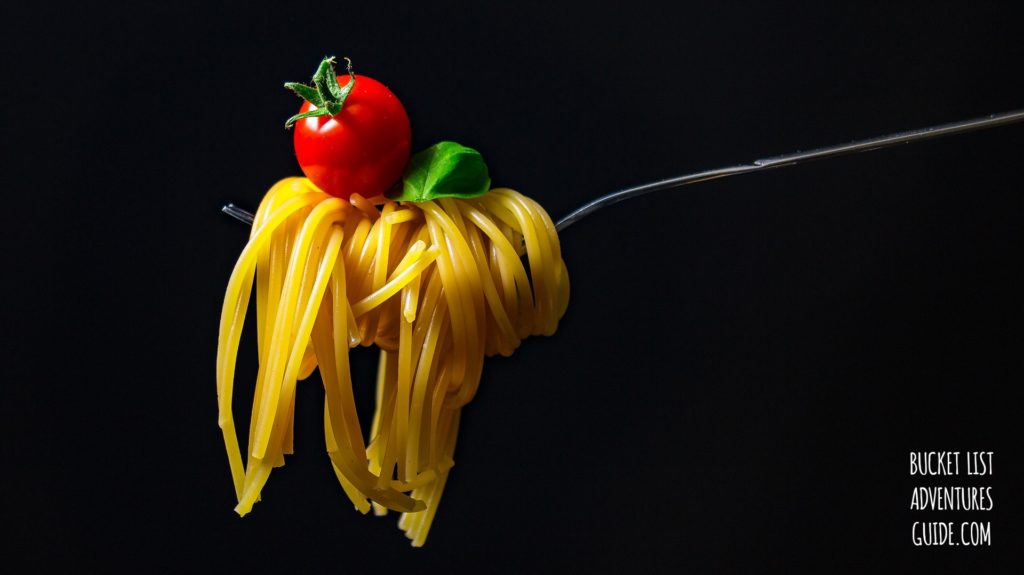 Look at the ingredients list on the back of most gelato containers in US super markets and you’ll see that the #1 ingredient is cream. This is strange, as what actually makes gelato what it is and not just fancy icecream is the absence of cream. Gelato is a milk-based dessert. Because of this, its fat content is lower and the flavors are more intense. That doesn’t mean it’s especially healthier, but that’s not what vacations are for, anyway. I suggest eating it at least once a day and must-try flavors include pistachio, cioccolato fondente (dark chocolate), and stracciatella (like a classy cookies and cream).

This is not a grande caramel non-fat double-foam sugar bomb, nor does it resemble one in any way. Meaning ‘marked’, a macchiato is a simple, more refined beverage, made up of a shot of espresso topped with a small amount of steamed milk or milk foam. Unlike cappuccinos and latte’s which no Italian would be caught dead drinking after noon, this milky treat can be enjoyed at any hour of the day.

Mozzarella is always great, but all the more so in its homeland. So, what could be tastier than mozarella di Italia ? Mozzarella di Bufala, that’s what. Made from the milk of domesticated water buffalo, this cheese is creamier and softer than its cow milk-derived cousin. It’s flavor is also unique, with a slight tang and saltiness that makes it a favorite of chefs and gourmands around the country.

Italians take their cured meats very seriously and we thank them for it. King of the Italian salume, or ‘air cured’ meats, is prosciutto. This is a leg of  ham that has been covered with salt for several months and then cured in a cool room, usually from one to two years. Commonly paired with melon, it can be found as an appetizer on menus throughout the country.  The sweet yet mild flavor of the fruit provides a perfect accompaniment to the salty hammy prosciutto. Vegetarians, be strong of will. Bacon has met its match.

Fresh, flavorful, and delightfully simple, the sun-kissed Italian cuisine is dolce vita on the plate. But, for finding the best food in a country with such fabulous regional gastronomies, the best advice would be to forget about restaurants that serve “creative, innovative” fare, and just stick to the local, time-honored specialties.

Eating is one of the greatest joys of traveling in Italy, a vivid insight into each region’s culture and traditions. Their dishes are made with seasonal, unpretentious ingredients, yet they taste like something you’d get in a Michelin-starred restaurant.