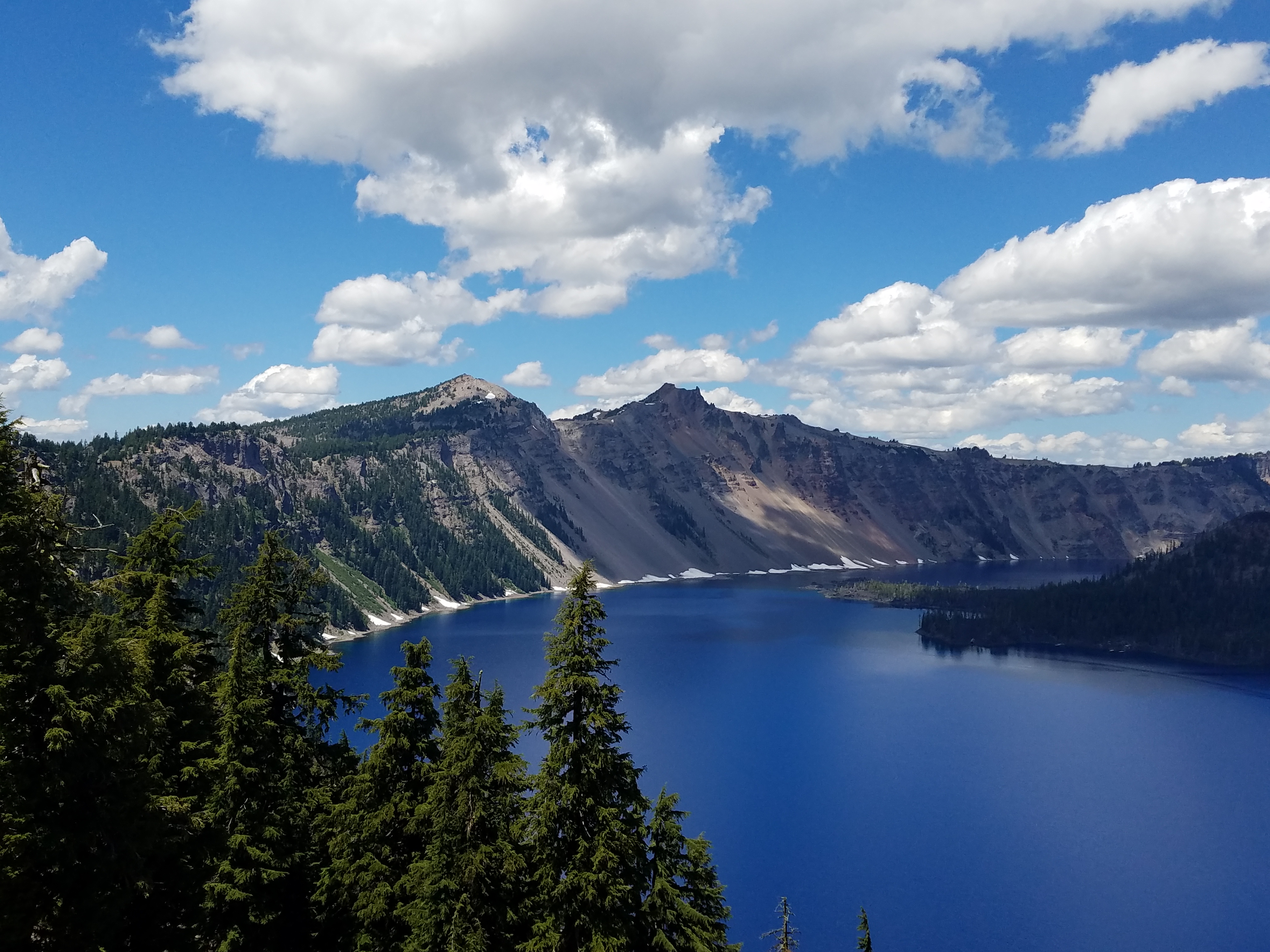 You’ll find no place like Crater Lake, located in the southern region of the state of Oregon. 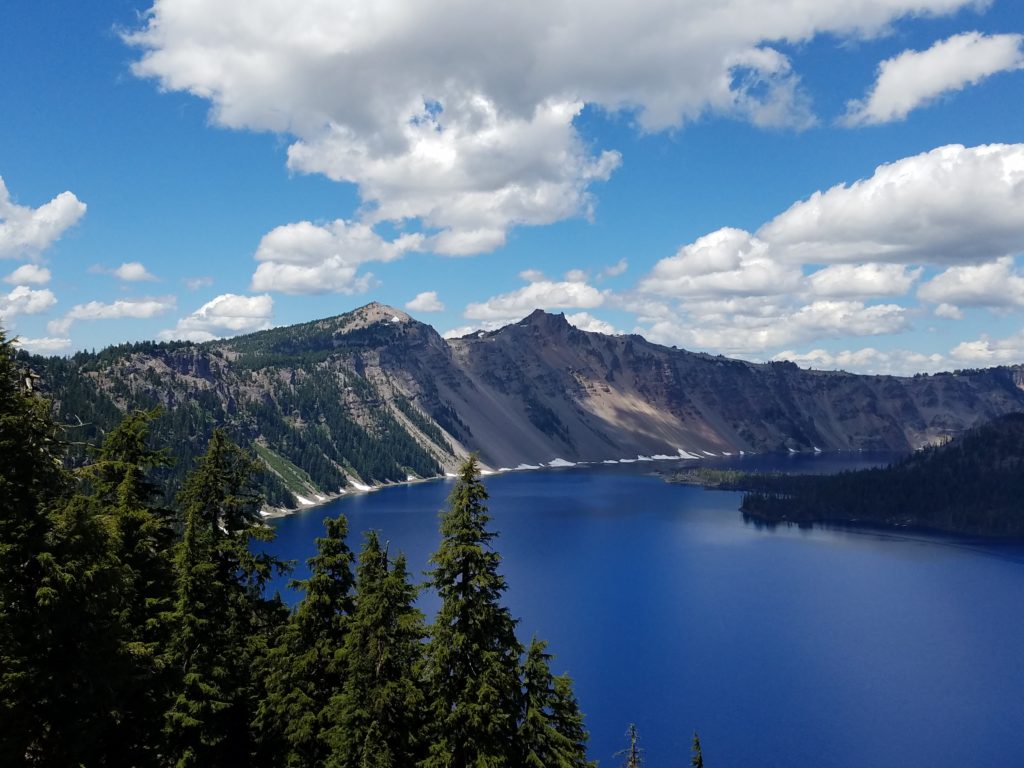 Spread across 180,000 acres, the Crater Lake National Park is the one notable National Park in Oregon. With water as acutely blue as can be, a sunset above the Crater Lake water offers its visitors a high amount of mental tranquility and a feeling of peacefulness. It is considered the world’s purest lake. No matter from which view to grasp a sight, it looks equally captivating. 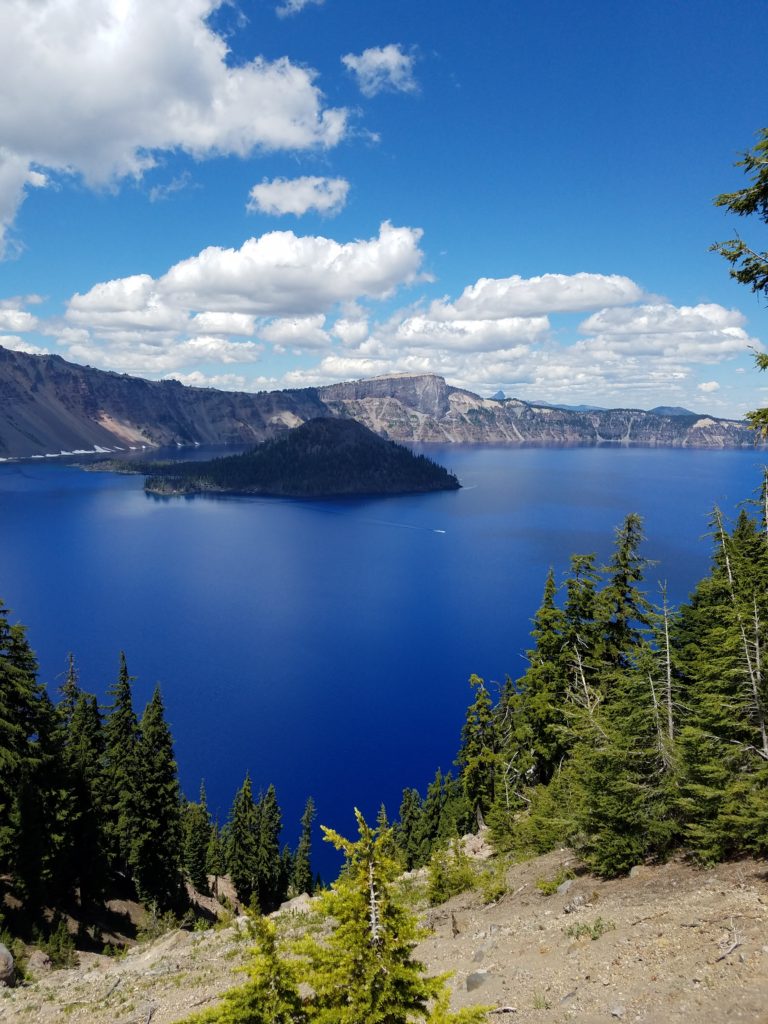 Formed approximately 8,000 years ago, this lake contains water filled in a volcanic depression. There is no river flowing into the lake, the water present in this enchanting natural wonder, instead, comes from rainfall and snow melt at an enormous rate. It has a lot of history.

It is large enough to cover more than half of New York City. Nestled in a volcanic caldera 6 miles wide and about 1/3 mile deep, Crater Lake carries the reputation of the deepest lake in the United States, which attracts millions of tourists throughout the year, especially in the summer season.

Your first sight of Crater Lake will be from the crater rim drive, which is a 33 mile loop of the picturesque highway. The Crater Lake National Park is also home to approximately 140 miles of trails offering scenic viewpoints, strange and unusual rock formations, and several species of birds making it an ideal spot for adventurers, admirers of nature, and nature and wildlife photographers all year long. 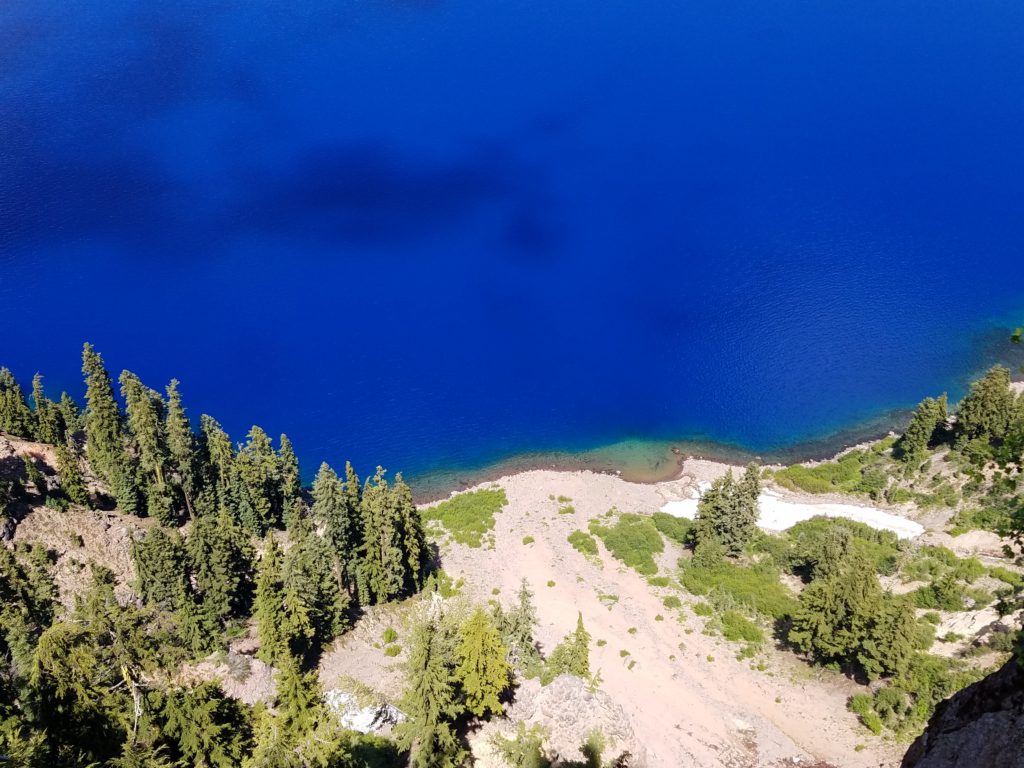 One of the most appreciated trails is the Cleetwood cove trail. It is the one and only trail which leads people down to the docks, to a point which is commonly known as the Cleetwood Cove. It leads you to the edge of the lake and you can enjoy the water, making your visit very memorable. In the summer, the water temperatures reach in the mid 60’s. That is when the lake offers an opportunity for some wild cliff diving and swimming. Keep in mind that the lake (for swimming) is only accessible June 15-September 15.  It may be on some of your Bucket Lists to take a quick plunge. I can’t promise that I would do it, well, maybe.

You can camp at Crater Lake. The park offers two campgrounds. Camping is only open in the summer months. There is a lot to do at Crater Lake. Camp, hike, swim if you dare, but the most fulfilling is the beauty. Taking pictures, looking at the lake, the incredibly beauty of the lake, the sunrises and sunsets, I believe, is what makes this lake so incredibly special.

There is zero Photoshop in any of these pictures. This amazing lake is THIS blue. Incredible.